The Pilgrim's Progress (Part I 1678/Part II 1684) holds a unique place in the history of English literature. No other seventeenth-century work except the King James Bible, nothing from the pen of a writer of Bunyan's social class in any period, and no other Christian work have enjoyed such an extensive readership. The pilgrim Christian, Mr. Worldly Wiseman, Giant Despair, Hopeful, and Ignorance are engaged in a powerful drama set against a solidly realistic background of town and country. Bunyan captures the speech of ordinary people as accurately as he depicts their behavior and appearance and as firmly as he realizes their inner emotional and spiritual life. The tale is related in language remarkable for its beauty and simplicity and is spiced with Bunyan's acute and satirical perceptions of the vanity and hypocrisy of his own society.

John Bunyan was born in 1628, Elstow, United Kingdom. He was an English writer and Puritan preacher best remembered as the author of the Christian allegory The Pilgrim's Progress. In addition to The Pilgrim's Progress, Bunyan wrote nearly sixty titles, many of them expanded sermons. Bunyan came from the village of Elstow, near Bedford. He died on 31 August 1688, Snow Hill, London, United Kingdom. Stars of the Screen Illustrated History of the Third Reich 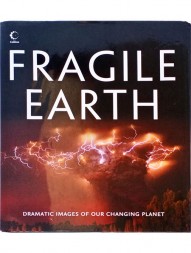 Scottish Painting: 1837 to the Present