Soundings were intended as an 'interim' anthology of poetry for the Leaving Certificate until such time as a more permanent volume could be devised. Twenty-six years later it was replaced. In the meantime, it had passed through the hands of hundreds of thousands of students in Ireland. Soundings might have been replaced but it was never fully forgotten. Old copies ended up with an individual personality honed out of manual annotations and thoughts, not all of them provided by the teacher. Scrawls in biro or pencil testified to the thoughts and daydreams of many users. A surprising number of copies ended up in attics only to be rediscovered with delight many years later and to be given treasured status in new homes. One a former student recalled how Soundings was the first school book to treat her as an adult. It made no concessions to the 'teenager'. It didn't patronize. Its the imagery was entirely in the poetry. The typography was appalling but the cover design still resonates. A decade after its demise, second-hand copies of Soundings were fetching surprising prices. It was widely discussed in chat rooms on the web. There were increasing demands for a reprint. So here are Soundings, in their original form, just as you remember it. The same stony grey the soil of Patrick Kavanagh's Monaghan; T.S.Eliot's same women who come and go talking of Michaelangelo.

Augustine Martin was born on 13 November 1935, Ballinamore, Ireland. He was an Irish academic, Anglo-Irish scholar, teacher, writer, broadcaster and literary critic. He completed his doctoral thesis on James Stephens. He died on 16 October 1995. He is survived by his wife, Claire and his four children. The Forty Rules of Love The Immortals of Meluha 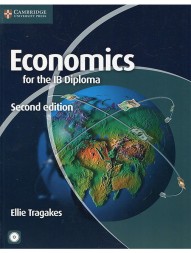